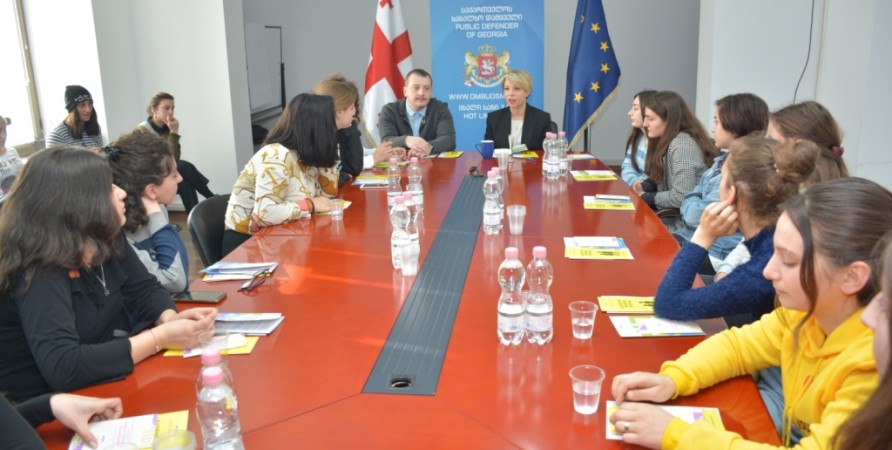 On 17 December 2019, Public Defender Nino Lomjaria and Deputy Public Defender Giorgi Burjanadze met with schoolchildren to discuss the importance and role of human rights education, as well as the activities and mandate of the Public Defender in this process.

Special attention was paid to children's rights, school infrastructure, hygiene and sanitation, as well as the necessity that textbooks be free from stigma, stereotypes and proselytism and the importance of raising the level of civic education so that children could form a correct opinion about ​​the benefits of human rights and be able to grow up as citizens with civic principles and civic responsibility.

They also talked about the restrictions and violations that children face in conflict regions and near the dividing line on a daily basis; the harmful practices of early marriage and joint efforts of the State and society to eliminate them; certain directions of the Juvenile Justice Code.

Students showed interest in high-profile cases, including the suicide attempt by a former Green School student, frequent rallies and the issue of freedom of expression.

The event was organized by Biliki, a non-governmental organization in the city of Gori, and was attended by 25 students from 13 public schools of the villages of Shida Kartli region.