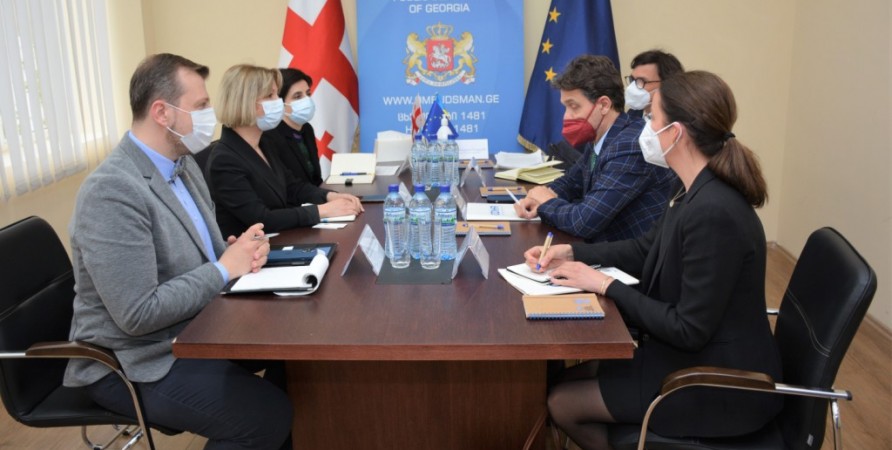 On May 5, 2022, Nino Lomjaria, Public Defender of Georgia, and Tamar Gvaramadze and Giorgi Burjanadze, Deputies of the Public Defender, met with MatteoMecacci, Director of the OSCE Office for Democratic Institutions and Human Rights (ODIHR).

The event was also attended by members of the ODIHR delegation: Peter Mossop,Special Adviser/Director's representativeinVienna and Karine Simonsen,Rule of Law OfficeratOSCEOffice for Democratic Institutions and Human Rights.

The topics of discussion at the meeting were the human rights situation in Georgia, harmonization of Georgian national legislation with European values, the reform of common courts, shortcomings in the rules of election of Supreme Court judges, electoral legislation and the need for strengthening democratic institutions, as well as the situation in the penitentiary system.

The Public Defender thanked the Director of the OSCE Office for Democratic Institutions and Human Rights for his co-operation on two draft laws and for his involvement in the monitoring of the appointment of Supreme Court judges. The parties also agreed on future cooperation in the field of human rights.