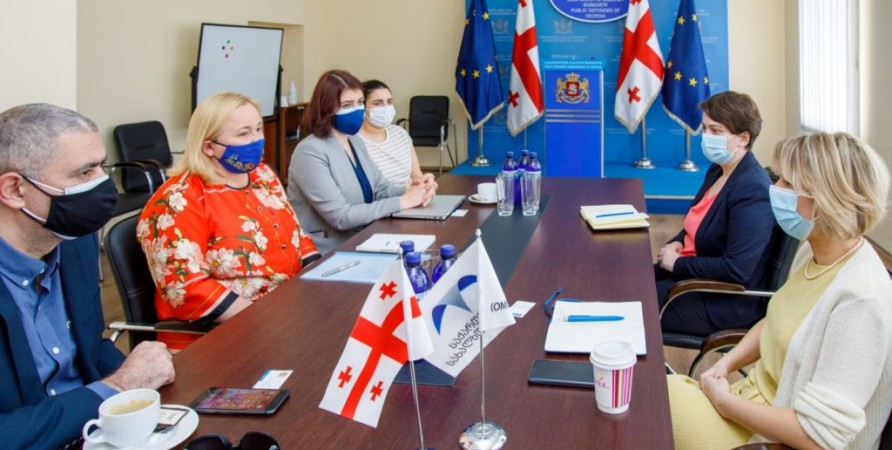 On June 11, 2021, Nino Lomjaria, Public Defender of Georgia, met with Anna Chernyshova, acting Resident Representative of the United Nations Development Programme (UNDP), and discussed the recent developments in the field of human rights in the country.

The UNDP Resident Representative expressed her support to the Public Defender and stressed the need for effective and smooth work of national human rights institutions for achieving Georgia's national priorities and fulfilling the country’s international obligations.

Nino Lomjaria thanked the UNDP Georgia Office and UN agencies for issuing a joint statement in support of the Public Defender, publicly calling on the Georgian authorities to allow the Public Defender to monitor the Ninotsminda Orphanage.

The Public Defender of Georgia, as a National Preventive Mechanism, has a mandate to enter all types of closed institutions not only in accordance with Georgian law, but also the UN Convention and other international commitments.

Cooperation between the Public Defender and UNDP in various areas of the protection of human rights, including the rights of vulnerable population and groups, was also the topic of conversation at the meeting.

See the full text of the statement in English