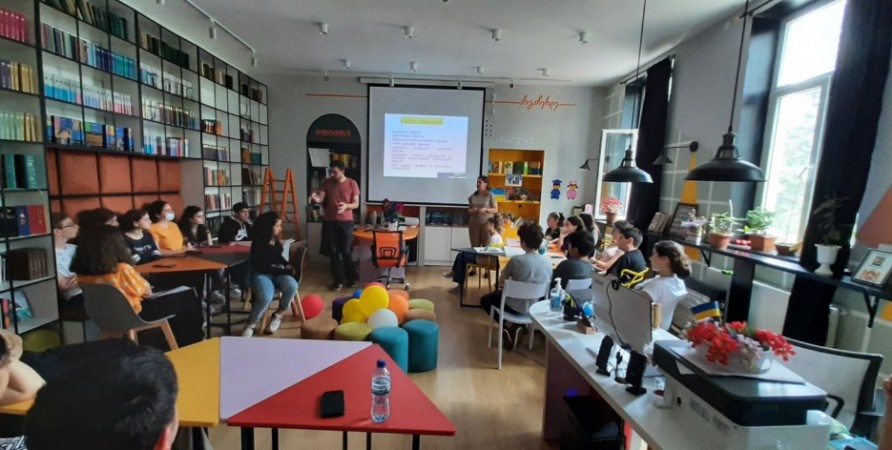 From May 24 to June 13, 2022, the Public Defender’s Office held meetings with schoolchildren living in different regions of Georgia. The aim of the project was to raise children’s awareness of their rights and the mandate of the Public Defender, as well as to provide information about their rights in their relations with the police.

Within the framework of the project, representatives of the Criminal Justice Department of the Public Defender's Office, in cooperation with the Western and Eastern Georgia Divisions, visited schools in Kakheti, Kvemo Kartli, Samtskhe-Javakheti, Tbilisi, Imereti, Svaneti, Guria and Adjara. They met with 2,269 children from 62 different schools, including children in conflict with the law and children living on the streets. Meetings were also held at the local college and organization working on children’s rights.

Many issues identified during the meetings with children gave an important insight into the activities of the police in the regions. Particular attention was paid to the police activities such as identification (especially taking photos of children), interviews and superficial inspections. Public Defender's representatives talked about the preconditions for the legality of the above measures and informed children which authorities to apply to in case of violation of their rights. Information booklets were also handed over to them.

Considering the particularly positive impressions and future interests expressed by children and teachers/school administrations, the Public Defender's Office will continue to meet with children from different regions in the autumn, after the resumption of studies. Meetings on similar topics will be held with students of higher education institutions as well. The Public Defender particularly notes and welcomes the high civic awareness shown by children about civic education and constitutional values.