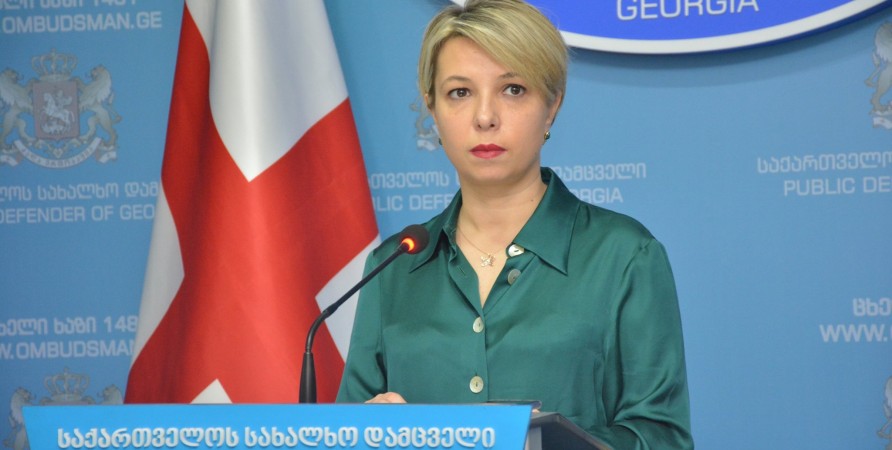 The Public Defender of Georgia, as a constitutional body oversighting the protection of human rights in the country, has issued a special address to the State and people of Georgia. Although additional restrictions have been introduced since April 17, including on movement, the above is not enough to restrict citizens' gatherings and therefore we are still at risk of mass spreading of the virus.

According to the recent statements of the Director of the National Center for Disease Control and Public Health and other officials, the danger of uncontrollable spread of the virus has significantly increased in Georgia, putting the country at risk of an epidemiological outbreak. According to them, the above risks will be particularly high during the upcoming religious holidays, as certain people have not yet symptoms and do not know that they might be carriers of the virus. Their participation in the religious rituals carries a high risk of transmitting the virus, which can turn out to be fatal for certain categories of people.

We should bear in mind that the human resources of the health care system are limited, which will make it difficult for them to treat patients and save lives in the event of mass spreading of the virus.[1] These risks have been especially increased by the agreement reached between the Patriarchate and the authorities on April 15, 2020, according to which, parishioners will be allowed to attend the Easter liturgy in the Georgian churches.

Given the alarming epidemiological forecast, the Public Defender calls on the Government to take into account the statements of health workers and epidemiologists and to fulfil its positive obligation relating to the protection of the right to life by actually and immediately restricting citizens' gatherings in any form and at any place, and to carry out additional measures if necessary. Otherwise, due to the lack of preventive measures or delayed response, the Georgian State will be held responsible for the significant increase in the number of infected people and fatalities.

The Public Defender of Georgia also calls on the population of Georgia to take into account the imposed restrictions, the strict observance of which is the only way to protect their own and others’ rights to life and health.