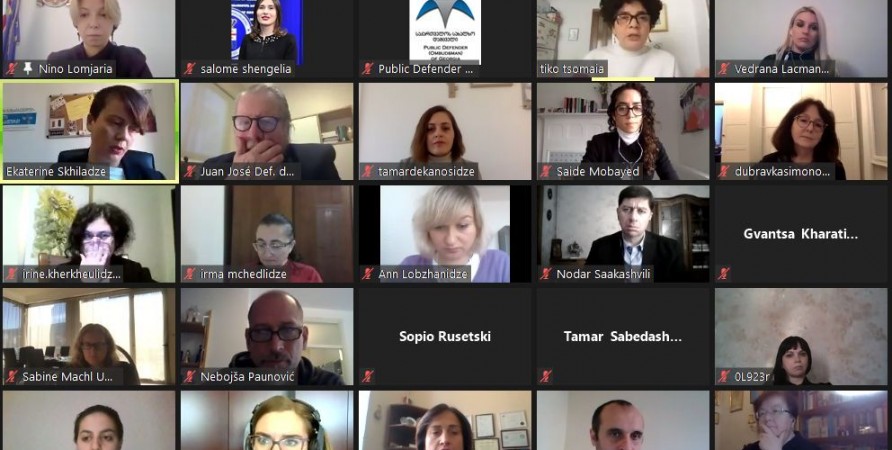 Within the framework of a 16-day campaign against gender-based violence, the Public Defender of Georgia, with the support of UN Women, held an online conference on femicide prevention and monitoring. The purpose of the online conference was to discuss local and international monitoring practices aimed at preventing gender-based killings (femicide) of women.

Dubravka Simonovic, UN Special Rapporteur on Violence against Women, Its Causes and Consequences, delivered a speech at the event. She reviewed international mechanisms against femicide and successful practices of various countries. Speeches were also delivered by Sabine Machl, UN Resident Coordinator in Georgia, Ulrik Tideström,Ambassador of Sweden to Georgia, and Lela Akiashvili, Prime Minister's Advisor on Human Rights and Gender Equality Issues. Local and international practices were reviewed by experts from Georgia, Argentina and Serbia. They stressed the importance of preventive measures and femicide monitoring mechanism. The meeting was attended by representatives of government agencies, international and local organizations, as well as international missions accredited in Georgia.

"The Public Defender of Georgia has established a femicide monitoring mechanism on the basis of the recommendation made by Dubravka Simonovic, UN Special Rapporteur on Violence against Women, Its Causes and Consequences, in 2015. During these 5 years, we have prepared 5 special reports and issued a number of recommendations, some of which have been implemented," - Nino Lomjaria, Public Defender of Georgia, said in her welcome speech.

The monitoring of femicide made it clear for the Public Defender that stereotypical attitudes towards victims, proper categorization of cases and identification of gender-motivated crimes remain problematic. It should be noted that according to the Prosecutor General’s Office of Georgia, during the first 9 months of 2020 (January-September), 19 women were killed in Georgia. 12 cases included signs of domestic crime, while 7 cases had other motives. In addition, there were 20 attempted murders of women, 11 of which included signs of domestic crime.

When summing up the conference, the Public Defender of Georgia noted that despite the improvement in the collection of data on femicide, complex work was necessary during examination of cases for the elimination of systemic shortcomings.

We would like to remind you that femicide has been monitored by the Public Defender's Office of Georgia with the support of UN Women since 2016. The purpose of monitoring is to assess the actual scale of the problem and the shortcomings relating to the protective and preventive measures.