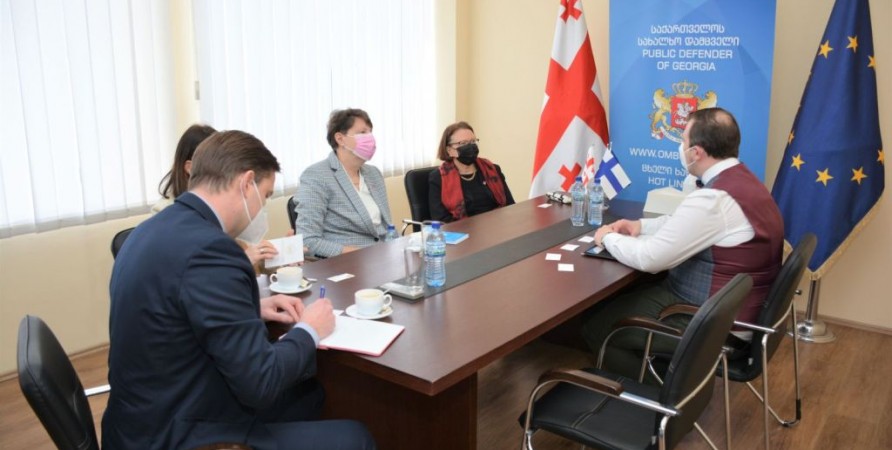 On January 28, 2022, Giorgi Burjanadze, Deputy Public Defender of Georgia, met with Kirsti Narinen, Ambassador Extraordinary and Plenipotentiary of Finland to Georgia, and Marja Liivala, Director General of the Department for Russia, Eastern Europe and Central Asia of the Ministry of Foreign Affairs of Finland.

The Deputy Public Defender reviewed the human rights situation in the country and spoke about the challenges relating to the protection of the rights of minorities and elimination of discrimination, shortcomings in the judiciary and other important issues.

The meeting was also attended by Sirpa Oksanen, Director of the Unit for Eastern Europe and Central Asia of the Ministry of Foreign Affairs of Finland, and Sven Kilemet, Desk Officer for Georgia, Azerbaijan and Armenia.