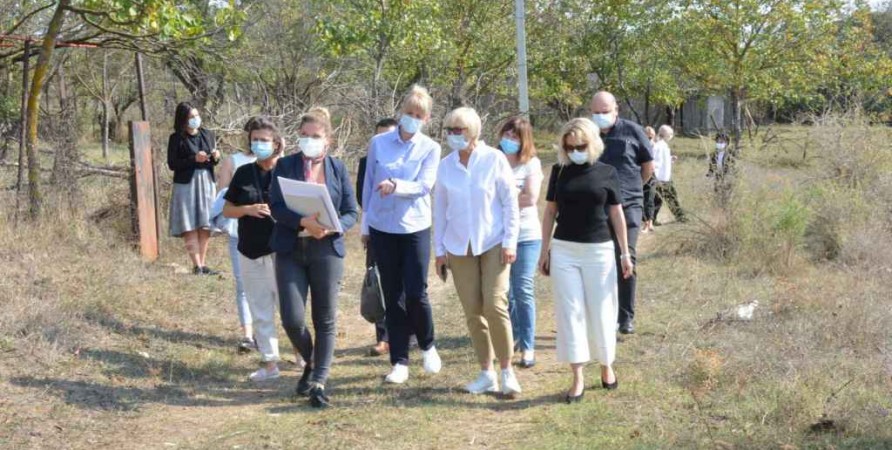 On September 13, 2021, Nino Lomjaria, Public Defender of Georgia, and Lyudmila Denisova, UkrainianParliament Commissioner for Human Rights, visited the village of Khurvaleti along the occupation line.

The Public Defender informed her Ukrainian counterpart about the rights situation of the population living in the occupied territories. They talked about general problems, including restrictions on movement, medical and other services. "It seems that the occupation force is acting according to one and the same scenario and plan, but the situation in Georgia is aggravated by the lack of communication at the human and departmental levels, which is obviously the result of Russian pressure.

One of the most painful issues is the continuation of the creeping occupation and unfortunately our Government has no leverage to stop this process. We do not have human rights protection mechanisms either, as there are no international organizations in the occupied territories and, consequently, the international response is delayed or often ineffective,” the Public Defender said. She also expressed hope that the decision of the Strasbourg Court relating to the responsibility of the Russian Federation for human rights violations in the occupied territories of Georgia would strengthen the position of Georgia in the legal dispute.

Lyudmila Denisova spoke about the situation in the occupied territories of Ukraine - Donetsk, Lugansk and Crimea regions, noting that in Ukraine, unlike Georgia, there are two checkpoints on the dividing line, which allows people to receive pensions and other necessary products and services. However, "just like Georgia, the identity is being destroyed (including by painting churches). They are trying to destroy the traces of Ukraine in the occupied territories. At the same time, we are still at war, a lot of people are dying and we must do our best to achieve that the international community influences Russia.

The Public Defender of Georgia thanked the Ombudsman of Ukraine, who expressed a desire to see the situation along the occupation line with her own eyes and noted that the human rights institutions of the two countries would continue to cooperate and share experience to do their best to protect the population.