On May 8, 2018, Nino Lomjaria, Public Defender of Georgia, met with Vakhtang Kolbaia, Acting Chairman of the Government of the Autonomous Republic of Abkhazia.

The situation of human rights in the occupied region of Abkhazia, challenges relating to environmental protection and agriculture, as well as socio-economic situation of IDPs, were discussed at the meeting.

The Public Defender spoke about the gaps in the referral service state program, such as annulment of funding for out-patient services, the term for making a decision by the referral commission and the restrictions on the application of the referral program by residents of the occupied territories that have Georgian citizenship documents. Other topics of discussion were prohibition of education in the native language in Abkhazia, social situation of students from Abkhazia admitted to the universities on the Georgian- controlled territories, restrictions on the freedom of movement of school students and young people.

The Public Defender raised several important issues that should become the subject of the Geneva International Discussions: The first issue is that for years, based on the decision of the de facto authorities, patients have not been allowed to move on the Enguri Bridge by ambulance. Instead, they have to travel by regular transport, which poses a threat to their lives and health. Secondly, young residents of Abkhazia, who graduate from higher or vocational institutions in the Georgian-controlled territory, face problems of employment after returning to the region, as the de facto authorities do not recognize Georgian diplomas. 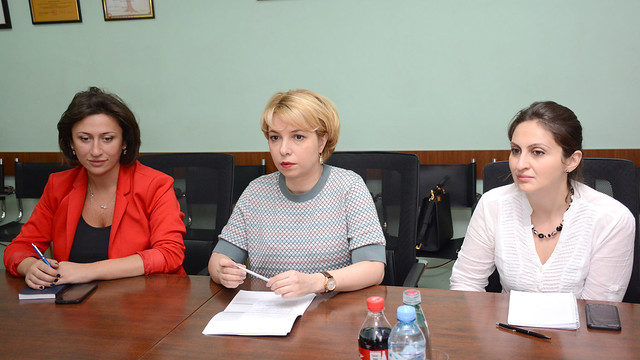