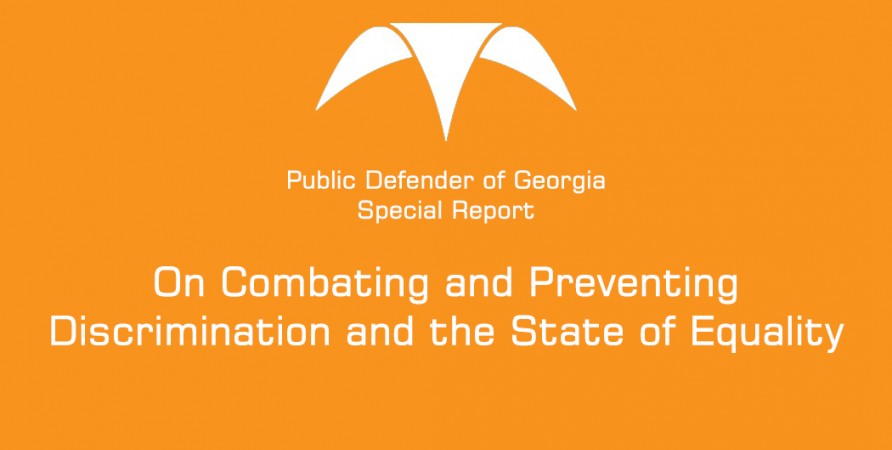 On May 7, 2021, the Public Defender published the 6th Annual Report on the State of Equality. The report covers the year of 2020 and highlights the major obstacles to the realization of the right to equality faced by women, persons with disabilities, members of religious minorities, LGBT+ people and other vulnerable groups. The report also assesses compliance of the regulations imposed to prevent the spread of the novel coronavirus with the right to equality.

Throughout 2020, the Public Defender drew up 21 recommendations, 9 general proposals and 2 amicus curiae briefs on equality issues.