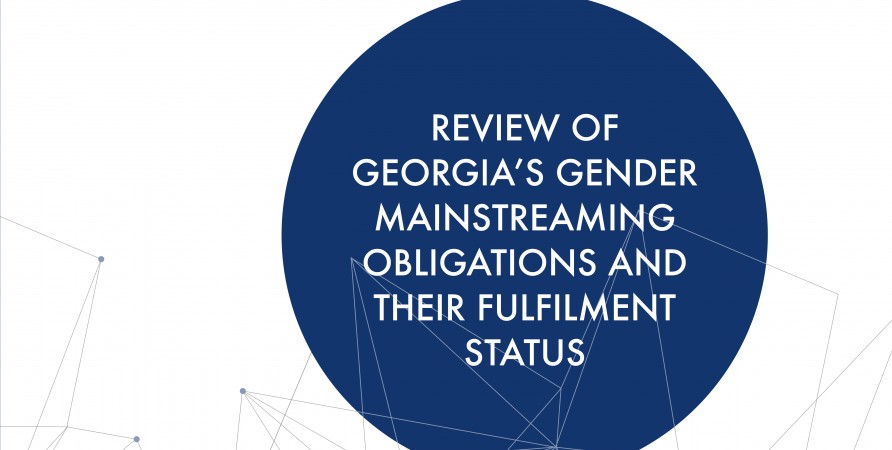 Review of Georgia’s gender mainstreaming obligations and their fulfilment status

The results of the study show that despite Georgia has made significant progress in recent years in terms of a stand-alone gender equality policy, gender mainstreaming was not implemented in various areas of state policy. Also, state’s policies are often superficial and targeted, failing to address the wide range of problems facing women in Georgia and concentrates on separate general gender equality policy.

The study revealed that gender mainstreaming tools are formal. Which means the creation of certain institutional mechanisms, although in practice effective steps are lacking.

Public Defender's Office developed this report with the support of UN Women within the framework of the "Good Governance for Gender Equality in Georgia" generously funded by the Ministry of Foreign Affairs of Norway."