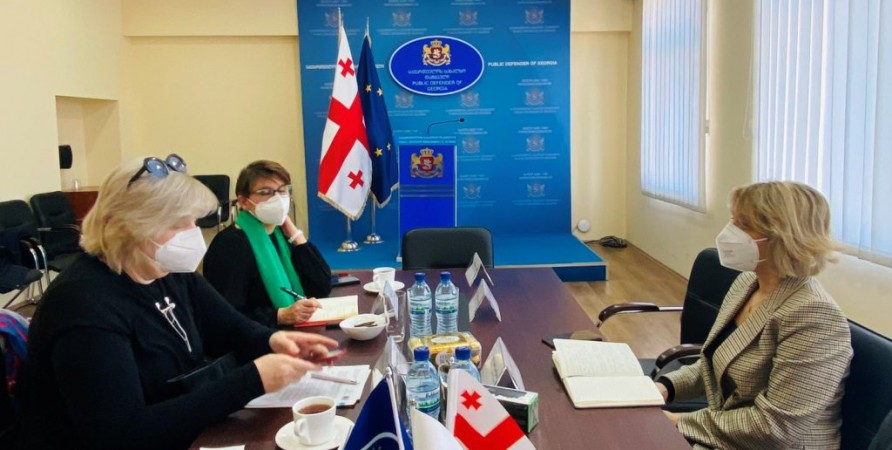 Meeting with Council of Europe Commissioner for Human Rights

On February 22, 2022, Nino Lomjaria, Public Defender of Georgia, met with Dunja Mijatović, Council of Europe Commissioner for Human Rights, who is paying an official visit to Georgia.

The Commissioner for Human Rights showed interest in the situation of equality in the country, including the problems of religious minorities and LGBT+ community, as well as issues relating to the labour rights and environment.

The Public Defender briefed Dunja Mijatović on freedom of expression, freedom of the media, recent offences committed against journalists and human rights defenders, their inadequate investigation, and, in general, shortcomings in the field of justice.

The Public Defender also discussed the constant threats faced by the residents of the occupied territories, which indicate the need for human rights monitoring. She spoke about the dire situation of IDPs and delays in the process of their safe resettlement.

The Deputies of the Public Defender, Giorgi Burjanadze and Ekaterine Skhiladze, also attended the meeting.