Training Held on Photography for Employees of Public Defender's Office

The training was led by Robakidze University Professor Gia Dekanozishvili, who briefed the participants of the training of the basics of photography and criminalistics. Special attention was paid to the investigative and forensic research photography. Issues, such as forensic medicine, evidence fixing, photo camera and its working principles, regulation of the prospect, exposure defining factors, aperture and depth of the shot and regulation of photo modes according to priorities, were discussed. The training course included practical exercises, shooting and discussion of photos. Draft internal regulations on photography of the Public Defender's Office were presented during the training.

The event was held within the framework of the preparations underway for exercising the right to taking photos in penitentiary institutions. In accordance with the amendments to Article 60 of the Code of Imprisonment, the Public Defender and the Special Preventive Group members will be authorized to take photos of prisoners’ injuries and material conditions in penitentiary institutions from September 1, 2016. 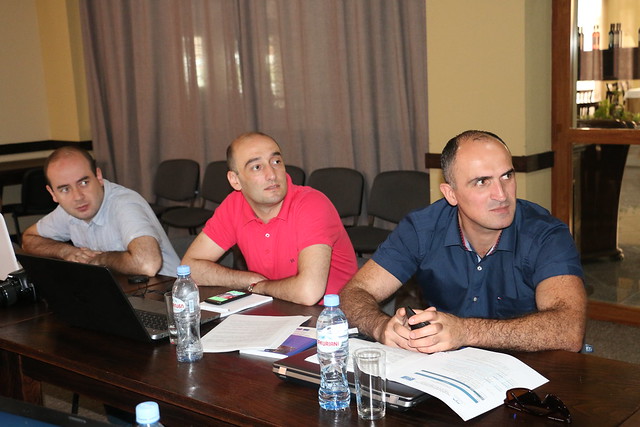