Winners of Competition Me Ombudsman 2017 Awarded

On December 4, 2017, Public Defender of Georgia Ucha Nanuashvili and EU Ambassador to Georgia Janos Herman awarded the winners of the competition Me Ombudsman 2017.

The competition Me Ombudsman was held for the eighth time in 2017. The game started on October 2 and 434 teams - 868 students registered for it. After the first and second rounds, only 12 teams - 24 students qualified for the third, final round. The essays of the final round were evaluated by the jury composed of 3 independent experts.

Me Ombudsman is a competition organized by the Public Defender of Georgia for students aged 13-18. Ombudsman is a person who acts as an intermediary, representative and human rights defender between the state and citizens. In some countries Ombudsman is called Public defender. The Public Defender of Georgia is a constitutional institution that oversees the protection of ​​human rights and freedoms, identifies violations and promotes restoration of violated rights. 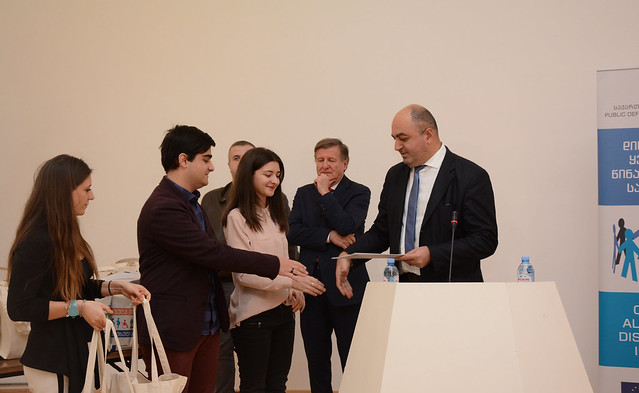