Training on the Convention on Rights of Persons with Disabilities

On November 18-19, 2015, training “Convention on the Rights of Persons with Disabilities and Monitoring Report” was held by the support from the International Foundation for Electoral Systems (IFES) within the framework of the USAID funded project. The training was led by international expert Ann Haise.

The training was designed for members of the Public Defender’s Consultative Council for monitoring promotion, protection and implementation of the Convention on the Rights of Persons with Disabilities, the monitoring group of the convention and the special preventive group. The training was also attended by representatives of the Public Defender's Office and the Governmental Administration’s Secretariat of Human Rights.

The training participants were greeted by Nermin Niksic, representative of the International Foundation for Electoral Systems (IFES), and Deputy Public Defender Paata Beltadze. They spoke about the importance of effective promotion and monitoring of the Convention and noted that the training would assist this process. The positive aspect of cooperation between the Public Defender’s Office and the International Foundation for Electoral Systems was underlined at the event. 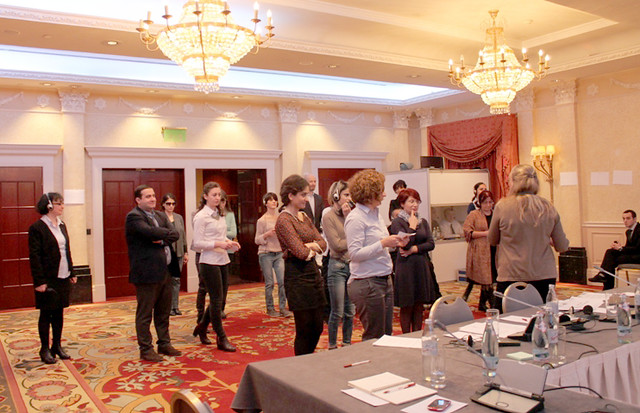