Presentation of Special Report on Rights of Persons with Disabilities

On June 22, 2017, the Public Defender of Georgia presented a special report on the rights of persons with disabilities, which reflects the main tendencies, problems and challenges faced by the state in terms of the rights situation of these persons in 2016.

At the opening of the event, Ucha Nanuashvili focused on the efforts of the Public Defender’s Office within the framework of monitoring the promotion, protection and implementation of the UN Convention on the Rights of Persons with Disabilities. He also spoke about the systemic problems, which have been the same for years in every field of the life of persons with disabilities and significantly impede their independent living and inclusion in the society on an equal basis with others.

According to the report, the state did not properly care for the promotion of independent living, physical environment, infrastructure, access to information and transport for persons with disabilities.

The level of participation of persons with disabilities and their organizations in the decision-making process at various levels was low. Some barriers were observed during the exercise of their right to vote.

In 2016, timely and effective implementation of the agenda of the mental health development national action plan 2015-2020 was also problematic.

The report also focuses on the necessity for consideration of the interests and needs of women and girls with disabilities. The Public Defender considers that they should be regarded as an independent target group during development of human rights policy documents. 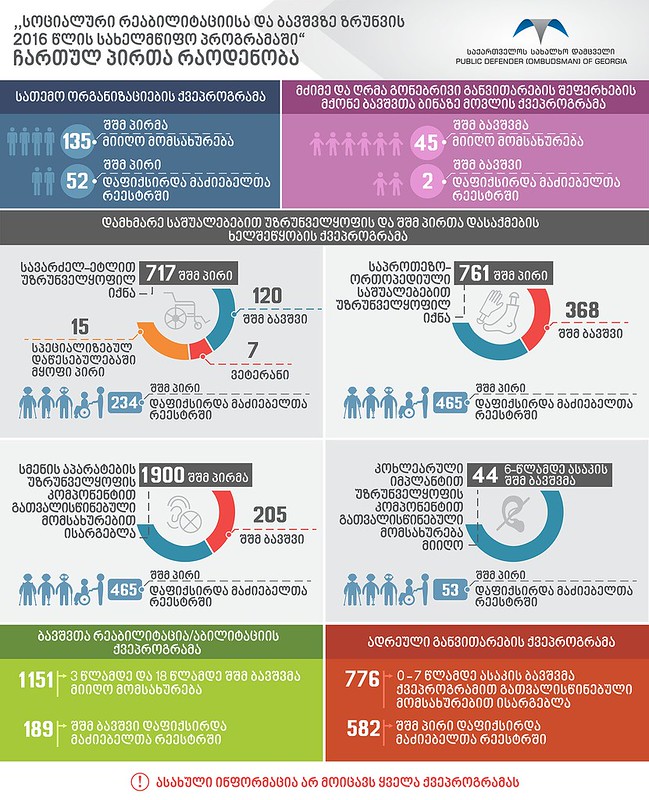