The event was held in connection with the International Day in Support of Victims of Torture and the 10th anniversary of the enactment of the Optional Protocol to the UN Convention against Torture (OPCAT).

In order to examine the human rights situation, the Special Preventive Group carried out 54 visits to 15 penitentiary facilities throughout the country last year; made 7 visits to children's homes subordinated to religious organizations and met with 200 children; paid 10 visits to small family-type children's homes and met with 69 children. In addition, 7 visits were paid to the homes of elderly people, where they met with 150 beneficiaries.

The report also focuses on the protection of migrants from ill-treatment, monitoring of return operations of deported migrants, and rights situation of asylum seekers, refugees and persons with humanitarian status.

It was underlined at the presentation that problems exist in closed institutions, including establishment of an independent investigation mechanism for effective investigation of ill-treatment in the penitentiary system, which has been repeatedly mentioned by the Public Defender in his recommendations; violence among prisoners and existence of criminal subculture; lack of safety, need for personnel retraining, irrelevant physical environmental, poor sanitary and hygienic conditions, limited contact with the outside world and disciplinary penalties.

The Public Defender negatively assessed the human rights situation in the facilities under the Ministry of Internal Affairs and pointed out that the situation in terms of use of physical or other violence by police against citizens had worsened, which was reflected in the use of disproportionate force during detentions, neglect of procedural rights, inadequate processing of relevant medical documentation and ineffective investigation of alleged cases of ill-treatment.

It was noted that the lack of financial and human resources as well as low qualifications of the staff have negative impact on the provision of psychiatric care. In addition, physical environment and various forms of violence against patients in some mental institutions are alarming.

The Public Defender underlined the rights situation of the elderly and noted that it was important to involve the old people living in boarding houses in different types of rehabilitation and social activities in order to avoid their isolation from the society.

The annual report of the National Preventive Mechanism also describes in detail the measures taken for the improvement of communication with stakeholders, development of working methods, staff training and capacity building. 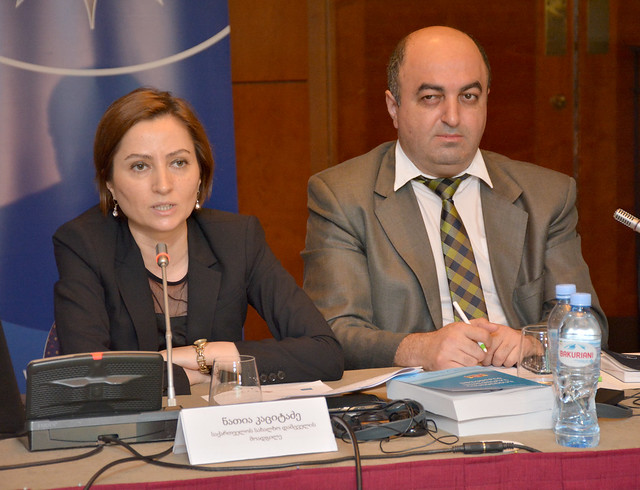